TMS therapy, also known as transcranial magnetic stimulation therapy, is a treatment for depression. It is often recommended when other treatments, such as medications and talk therapy, have provided little relief for the patient. The treatment is administered via a helmet or head-top device which delivers magnetic impulses to the brain. Many patients find it incredibly effective and experience relief with just a few sessions. However, you may have some concerns you'd like addressed before your first TMS session. With any luck, you'll find those concerns addressed below.

Concern: TMS will make you a zombie or leave you listless.

You might be worried about this because you're confusing TMS therapy with electroshock therapy, which is common. Electroshock therapy is administered carefully these days, but in the past, when it was not as well regulated, it did leave some patients with the type of side effects you're worried about. Luckily, TMS therapy is very, very different. There are no electric impulses or shocks involved, and it won't affect your consciousness in any way other than helping to lift your depression.

TMS therapy doesn't really feel like anything when it is happening. Some patients do feel a tapping sensation on their scalps when the magnetic impulses are being delivered, and others don't even feel this. Headaches after treatment are fairly common, but they're treatable with over-the-counter pain relievers, and they shouldn't last very long.

Concern: You won't wake up.

You don't have to undergo anesthesia or any sort of sedation to have TMS therapy, so there's no reason to worry about waking up. You'll be awake the whole time.

If you've tried treatment after treatment and nothing has worked, you may be concerned TMS will be the same. There is certainly a chance it won't give you relief. However, TMS therapy has a great track record and is very often the thing that finally works for patients who have tried all sorts of other depression treatments. It works very differently from all other depression treatments. It doesn't introduce drugs to your nerve endings. It doesn't make you recall past trauma. Instead, it seeks to change the way the region of your brain that controls mood is working.

Hopefully, this article has addressed some of your concerns about TMS therapy. If you have additional concerns, don't hesitate to reach out to your doctor. 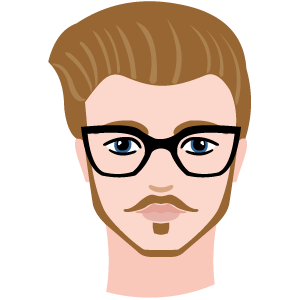 My name is Dan and this is my blog. I am a recently singled father of three that is learning everything about caring for my kids as I go along. Before my wife passed, she was the one that took care of the kids when they were sick or injured, so I had a lot of learning to do and I had to do it as quickly as possible. I got together with some of the parents from my kids' school and they helped out quite a bit. I created my blog for two reasons - to keep my facts straight and to help other parents learn what I have struggled to learn.